Tax From The Trenches: Don’t Be Afraid to Challenge HMRC

Tax From The Trenches: Don’t Be Afraid to Challenge HMRC 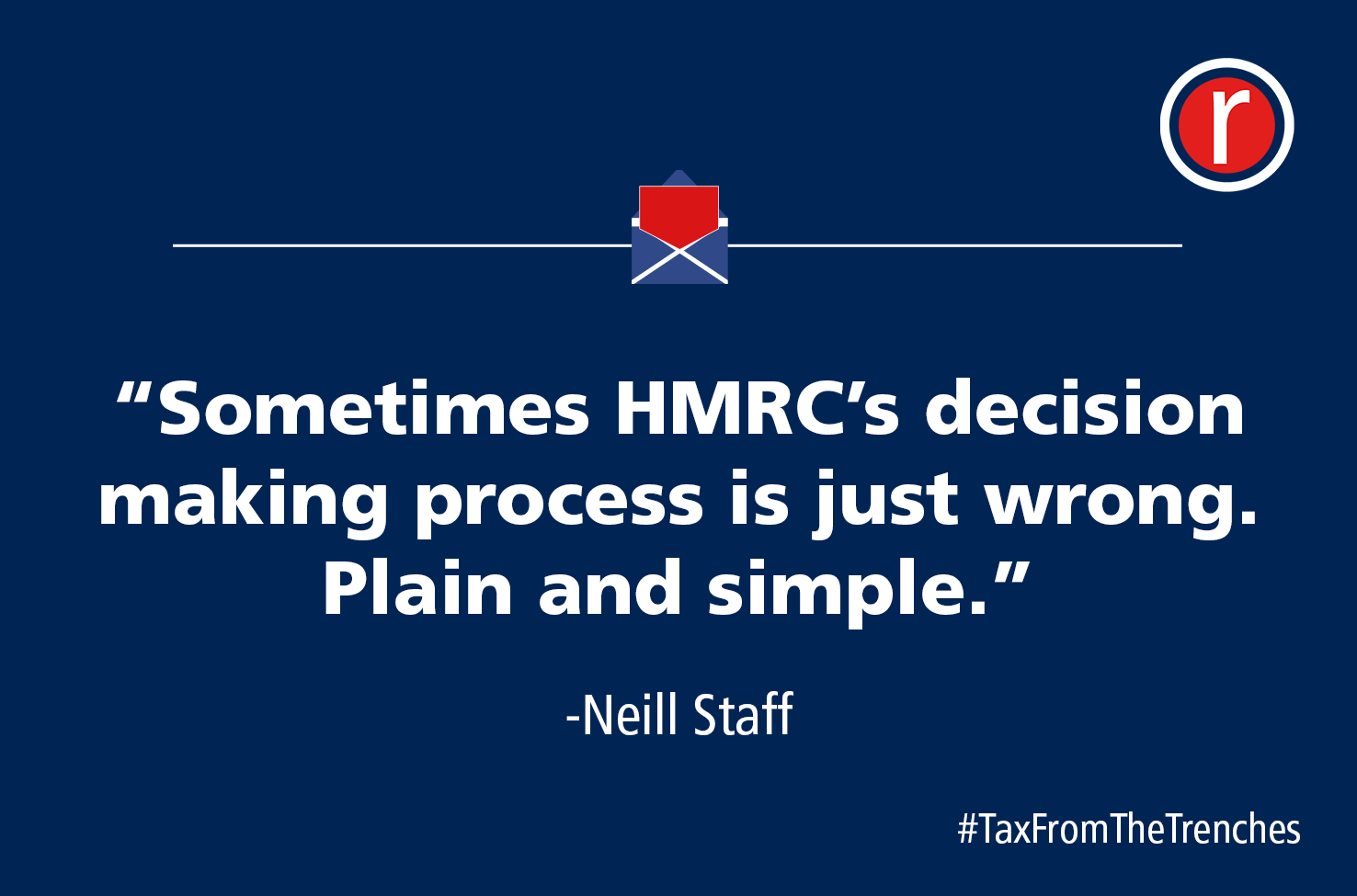 In my January 2020 tax from the trenches article, I reported on a case that we had decided to take to the tax tribunal.

The background is that our client had dabbled in property over the years. He has a day job as a property management consultant but, using his knowledge and contacts in the property market, he bought and sold a few houses over the years and received a small amount of rental income. In the early part of 2018 he received a letter from HMRC asking for a schedule of all the properties he’d ever owned. Adam had a local bookkeeper to help him with his tax returns and he asked the bookkeeper to reply to HMRC. The bookkeeper duly provided details to HMRC of all the properties Adam had ever been involved with including a house that had been sold, and which had been shown on the 2016 tax return as a capital gain.

HMRC’s response a month later contained a list of over 100 questions about each and every property asking how the properties were purchased, what funding was involved, what costs were incurred on each property (including the house that had been sold and was correctly shown on the tax return), and a request to see various supporting invoices. At this stage the bookkeeper should really have taken some advice about whether HMRC were entitled to ask their questions and to clarify what he should, and should not, respond to. He should have also sought advice before replying to the first letter because he’d provided a lot of information that HMRC was not entitled to but by this stage the horse had well and truly bolted.  The bookkeeper continued to correspond with HMRC and answered all the questions that had been asked. The result, not unsurprisingly, was another letter from HMRC with another 100 questions. At this stage the client approached us for help.

Following a detailed review of the client’s affairs and HMRC correspondence I could see that the client had made a few mistakes with his tax affairs in the last few years. There were some nominal rental profits that hadn’t been declared and he hadn’t told HMRC about a capital gain on the sale of a residential property. He had lived in the flat with his wife on and off for a short period and thought the gain was exempt because of principal private residence relief.

At this stage we were hopeful of resolving the remaining issues with HMRC and bringing the enquiry to a close. There was no question that the rental income should be assessed and the circumstances behind the “on and off” occupation of the flat meant that a claim for PPR was not viable. HMRC duly assessed the rental income and gain and that should have been the end.

The first issue is that HMRC had asked a number of questions about the property disposal that had been correctly shown on Adam’s return. The Inspector did not have a valid reason for asking questions about this disposal but unfortunately the bookkeeper had given the Inspector all of the information and documents she asked for. Following her review, the Inspector was now looking to disallow all of the renovation and capital improvement costs that had been claimed. We advised the Inspector that there was no discovery position in law however she was unmoved and stated she was entitled to raise an assessment.

The second issue follows the withdrawal of the principle residence claim for the flat disposal which resulted in a capital gains charge. HMRC considered the penalty position and decided that Adam was guilty of a deliberate behaviour! We had many discussions with the Inspector suggesting that claiming the relief could perhaps be considered careless but certainly not deliberate. Our client is not a trained accountant and has no tax qualifications or any knowledge of tax legislation. He is one of the many taxpayers who mistakenly believe that living in a property for even a short period of time result in a capital gain not being chargeable. He would be careless of not taking tax advice, and the penalty would be at a lower rate than a deliberate penalty with the possibility of it being suspended. For the penalty to be deliberate, the client would have had to have fully understood the complex rules about Private Residence Relief, realised they did not apply, but then claimed the relief anyway.

We had a long meeting with the client to discuss taking these issues to the tax tribunal. It has to be said that a tribunal hearing can be costly in terms of time and fees and taxpayers will often shy away at the thought of spending several thousand pounds without any guarantee of winning. For my part I was convinced as to the strength of our case so I offered to take the case on a contingent basis. It isn’t something I do all the time but I had been incensed by HMRC’s attempts to steam roller the client without any regard for the law or HMRC enquiry protocols that I wanted the chance to cross examine the Inspector before the Judge to really bring home the idiocy of HMRC’s arguments. In truth,  I wanted a fight, and I was happy to work on a no win no fee basis to have it.

After spending well over a year getting the case ready, preparing witness statements and getting the bundles of documents and case law together, HMRC decided to change their decision in both cases. The deliberate penalty was downgraded to careless and an agreement to suspend. The renovation costs were allowed in part against the gain and elements that were considered to be repairs were allowed against the rental income. It was the result that we should have reached over a year ago and a complete back down from HMRC.

LESSONS TO BE LEARNED

There are a number of lessons to be learned from this case.

Going right back to the start of HMRC’s enquiry, always check the legality of any information notices or enquiry letters issued by HMRC. Do not be intimidated by the letter or notice, and do not assume that because it has come from HMRC that it must be right. Tax Inspectors can make mistakes and not all HMRC officers understand the very complex tax laws that govern what HMRC are allowed to do and what questions or years are out of bounds. It also has to be said that occasionally some tax Inspectors simply choose to ignore the rules. If you’re not sure, speak to a tax specialist.

I have said this on many occasions before. Don’t assume that answering all of the Inspector’s questions will make you their friend. If they have asked for something that isn’t correct then challenge the request, they won’t take it personally. Always remember that the Inspector’s job is to test the accuracy of a taxpayer’s tax return or tax position and to collect any back-dated tax, interest and penalties if anything is wrong. The tax laws as they currently stand are very heavily weighted in HMRC’s favour and the fail-safe laws on the side of the taxpayer generally consist of HMRC having to act in a reasonable and proportionate manner and within specified time frames.

Don’t be afraid to maintain the challenge HMRC decisions if they are wrong. It might seem like a lot of time and effort to take a case to Tribunal but sometimes HMRC’s decision making process is just wrong plain and simple. Don’t be intimidated, speak to an accountant or tax specialist who has some experience of taking cases to tribunal and they can advise you on the strength of your case and what it might cost you.

If you are having doubts about your accountant, or would simply like to receive a second opinion, please don’t hesitate to contact us.

Tired of searching endlessly for blogs, books and emails that you hope will help you solve your business problems? Don’t worry, we’ve got your entire business journey covered. From how to secure funding and manage cashflow, right through to succession planning and everything in between. Sound good? Join the Raffingers Tribe to gain access to an ever-growing library including:

Thank you, you have been registered.